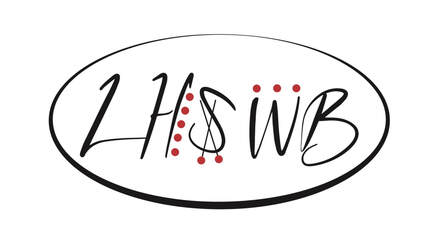 Lochaber High School has a great history of Wind Band music stretching back over 30 years.

The original band was initially set up as a combination of the woodwind ensemble and brass band musicians of the High School by Woodwind Instructor Karen Thomson and then Brass Instructor John Whyte. The band toured in Belgium and Spain and performed at the National Concert Band Festival on numerous occasions in its early days.  A junior woodwind group eventually invited some primary brass players along to form the LHS Junior Band.

It was in this early phase of the Band's career that the connection with the Commando Veterans Association was formed, now known as the Commando Association. This tradition still exists to this day with all the bands associated with Lochaber High School performing on the Friday of Remembrance Weekend for the C.A. and other local groups linked to the military, and accompanying the service of Remembrance at the Commando Memorial at Spean Bridge.

These last three all rehearse on a weekly basis in the Band Room in the Hostel adjacent to Lochaber High School and perform numerous concerts throughout the year but primarily focus on their two main school wind band concerts, at the end of both the summer and winter terms.  These concerts are proving to be exceptionally popular with audiences, staff and pupils alike often having over 100 musicians involved and selling out the main hall of the High School.

We have a full range of orchestral percussion instruments which add a great spectrum of colour to the wind and brass sections of the bands.

The curriculum Music Department in LHS is well known for its positive results, and Band members' names are often to be seen among the successful candidates there.

Students have been involved in masterclasses with the National Youth Jazz Orchestra of Scotland’s musical directors and have been featured on their YouTube channel.

Recent performances of the bands have included live broadcasts on BBC Radio as well as coverage in all local newspapers and also on the National stage in the Herald and the Scotsman. They are also very visible on social media, with their own dedicated pages on Facebook, Twitter, YouTube and Instagram.

Many band members have been involved in representing Lochaber High and Highland Region in the Royal Scottish National Orchestra’s ambassador programme, which involves them taking part in many different aspects of the day to day running of the orchestra, from stage management and artistic planning to performance and social media.

Performing on the national stage has always been a priority for the Lochaber Wind Bands with numerous appearances at the National and Scottish Concert Band Festival (SCBF).

The recent success of the Senior Wind Band has meant that they are the only wind band in their class to have ever received 5 gold or gold plus awards at the SCBF.

Band members have the opportunity to progress into Regional and National organisations such as the Highland Youth Wind Band, Highland Youth Big Band or Highland Regional Youth Orchestra, as well as the other groups on offer by Highland Young Musicians.
Many former members have gone on to perform with the National Youth Orchestras of Scotland and the National Youth Jazz Orchestra of Scotland and have continued their musical careers after school, graduating as music teachers, studying and performing professionally in many different ensembles such as the Royal Scottish National Orchestra, Scottish Chamber Orchestra, the Countess of Wessex’s String Orchestra as well as in traditional music groups such as Tide Lines and Breabach.

Lochaber High School has an excellent reputation for music in all disciplines, both curricular and through the excellent Instrumental tuition service that is offered by High Life Highland.

All variations of instruments within these disciplines are offered and the lessons are enhanced with extra-curricular groups such as string ensembles, pipe band, pipe band drumming, Wind Bands and Big Band.
These groups are widely recognised as some of the best school music ensembles in Scotland having won numerous awards at National Competitions as well as being featured regularly in both local and national press.

Once a student meets the required level they can audition for the very successful regional music groups.
Information on Highland Young Musicians can be found here:
https://www.highland-young-musicians.com/

The music ensembles associated with Lochaber High School have a wide presence on social media, so please look on Facebook, Twitter and Instagram for the various groups.

Playing a musical instrument could benefit your child’s wider education in the following ways:
·         Improves all aspects of health and wellbeing
·         Promotes good discipline and organisational skills
·         Helps create a sense of achievement
·         Provides life-long skills
·         Improves self-confidence
·         Promotes fun and enjoyment
·         Playing and/or performing as part of a group builds vital social skills and the ability to cooperate with others.
​
If there are a number of pupils interested in learning, the Instructor may see them all as a group until a decision is made about suitability for specific instruments. There may be a few simple tests involved at this stage (especially if there are a limited number of instruments available).
Once decisions have been made about your child beginning lessons, and your online account has been created you will have to provide information regarding fee payments or fee exemption before lessons can commence.
Parental and family support at all stages of learning an instrument is essential.  This might simply be a suitable time and place to practise regularly at home, or attendance at a performance.  If you have any questions about any aspect of tuition or your child’s progress, a request for the Instructor to contact you should be made to the school.
All details on how to apply for lessons are available on the HLH Music Tuition Website:
https://www.highlifehighland.com/music-tuition/